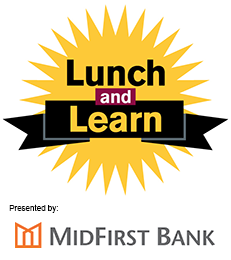 Part of Staff Council's mission is to promote and provide organizational and professional development opportunities to staff. Our Lunch and Learn series offers a wide variety of topics and speakers to appeal to a broad range of employees at ASU. The series is held the 3rd Tuesday of each month from noon–1p.m. via Zoom.

This presentation will provide useful information and tips to enhance overall workplace safety:  The importance of establishing procedures and an internal workplace communication mechanism/plan that includes information about deescalating and/or responding to disruptive subjects;  The do’s and don’ts when setting up or conducting potentially volatile meetings in the workplace;  Options available during and after an act of violence in the workplace; Recognizing and reporting concerning behaviors on campus: what they look like; when and why reporting is important; and how and to whom they should be reported to.

The art of negotiating is the process of pursuing a goal in a dialogue with another person or persons. Negotiating should not be an adversarial process, rather it’s resolution is one in which all involved should feel satisfied. Come learn how to navigate the process of negotiation, whether it is benefits or a potential salary or position opportunity.

Presented by Kim Scatton and Beverly Johnson
Beverly Johnson is a Career and Industry Specialist at ASU. With a passion for working with people paired with prior experiences in training, coaching, and human resources, Beverly aims to positivity impact students and alumni as they navigate their future plans. Kim Scatton is an Assistant Director with the Career and Professional Development Services team at Arizona State University, and supports individuals through career transitions and upskilling.

Have you ever heard about TRIO Veterans Upward Bound (VUB)? And did you know that VUB has been an Arizona State University Program for over 47 years?  Our goal with this presentation is to inform our ASU Community of what we do and how we prepare our veterans for a successful academic career.  As our Veterans return to their home town and our communities, many lack direction and have difficulties acclimating to civilian world.  When you are in the military, you are told when to eat, when to wake up, when to sleep, how to do your job and when to do your job.  While in the service you develop a strong brotherhood and sisterhood with your fellow servicemembers.  The Military does an excellent job of teaching individuals how to be a great soldier, marine, airman, seaman and guardsman but they never teach you how to be a good civilian or how to be a successful college student/graduate.  This is where VUB steps in and with our ASU partners, we hope to inform everyone of what is VUB!

Presented by Donte Day and Julie Gusse
Donte’ Day is a first-generation graduate, born and raised in Rosamond, California. Donte’ enlisted as a Security Forces member, in the United States Air Force, in 2010. Before the military Mr. Day attended California State University, Bakersfield, where he struggled with self-identity and purpose, which lead to him dropping out of college and joining the military. During his seven year of active duty and three year Air Reserve enlistments, Mr. Day was deployed to: Suriname, Qatar, and completed Fly Away missions in Afghanistan. While Donte’ was serving his country he devoted his spare time to his family, community service (coaching youth basketball and Big Brother Big Sister mentor), and education. While Donte’ was active Duty, he completed his Associate of Science in Administration of Justice and an Associate of Arts in Behavioral/Social Science at Allan Hancock College, in Santa Maria, California. During his time in the Air Reserves Donte’ achieved his Bachelors of Science in Criminology/Criminal Justice at Arizona State University. Mr. Day now serves as a Coordinator for the Veterans Upward Bound program, while pursuing his Masters degree in Higher and Postsecondary Education.

Julia R. Gusse is a first generation American born and raised in East Los Angeles, California. Mrs. Gusse enlisted in the United States Air Force at 17 years of age and went on to serve for the National Security Agency as a Cryptologic Technician and Morse Code operator with a Top Secret Clearance. She completed four years of active duty enlistment and received an Honorable Discharge.  Upon completing military service, she moved with her newly formed family (husband and one child) back to Southern California and attended Rio Hondo Community College then transferred to California State University, Los Angeles.  As a first generation college student and female veteran, she struggled to acclimate and maneuver college life.  She was introduced to Veterans Upward Bound at the TELACU Center in Los Angeles and enrolled primarily for the tutoring services. Mrs. Gusse started as the ASU Veterans Upward Bound Coordinator and has since served as the Director of the Program.